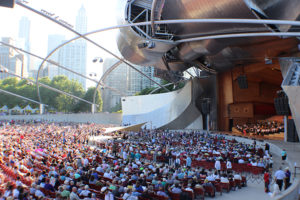 I’ve been giving pre-concert lectures for the Grant Park Music Festival for five years and was kind of starting to take it for granted that I would spend part of each summer at Chicago’s beautiful Millennium Park.

But something about tens of thousands of people crammed onto a lawn didn’t seem like a good idea this year so they canceled it.  We’re still doing some things virtually though, including this lecture I gave on Tchaikovsky’s second symphony and Prokofiev’s first violin concerto.