Newcity – 45 Who Keep Chicago in Tune 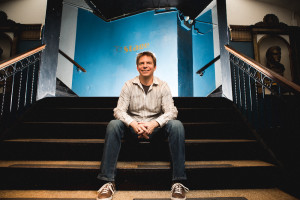 42 Seth Boustead Host, Relevant Tones on WFMT Seth Boustead’s radio show—“a weekly exploration of the most fascinating time in classical music history: right now”—currently airs in forty-five markets across the country. Far from being studio-bound, the show is set to travel this fall to Colombia, Poland and Slovenia to feature native composers and participate in new music festivals. But while “Relevant Tones” remains the principle platform for Boustead’s goal of “revolutionizing how and where classical music is performed and how it is perceived by the general public,” it’s far from his only one.
As executive director of Access Contemporary Music, an organization dedicated to connecting new works to new audiences, Boustead has commissioned and presented more than a hundred pieces by composers from around the world. He’s also a tireless advocate for silent films, and his annual Sound of Silent Film Festival at the Music Box drew nearly 500 people last year. Finally, he’s a composer and performer in his own right, balancing his behind-the-scenes efforts with his own personal creative endeavors. – See more…