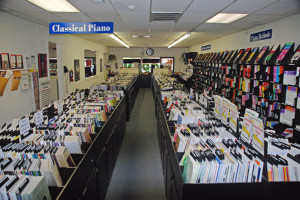 It’s hard to believe now but you used to be able to walk into a store and purchase sheet music. It sounds crazy but I know it for a fact because I worked at Carl Fischer Music, when I was a student back in the mid ’90’s.

You could actually walk into the store, go to the second floor and buy the parts and score for a Mahler symphony.  Right there in the store!  Imagine such a thing.  On Wabash next to Jimmy’s Steakhouse, which was frequently temporarily closed for health violations but still ran a bustling business, there was a four story sheet music store that carried everything from Billy Joel to Olivier Messiaen.

The store was very slow to adapt to changing trends though.  Even in 1996 we couldn’t believe they didn’t use a computer to track inventory and sales and they were totally unprepared for the Internet age.  They also had a bad habit of hiring whack-jobs.

There was Phil, the front man for a band called Teen Alien who liked to tell anyone who would listen about the adverse effects of past heroin use on his bowels, there was James the drummer and pathological liar who worked the register and robbed the store blind daily, and there was Don the outspoken pagan who hated Christmas and yet every year was scheduled to work the floor on Black Friday.

Don was a scowler and hated everyone but he liked me because apparently in Egyptian mythology I’m quite a bad ass.  He told me this one time while no fewer than four customers tried desperately to get his attention and while I myself was helping a guy who insisted on following me around singing the song he was looking for instead of providing me with a title or composer or something concrete.

Although Don’s blather was distracting at the time, I was curious about my mythological past.  I looked it up later when I got home and it’s true. 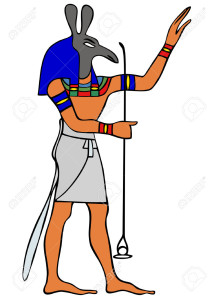