Are We Getting Anywhere? 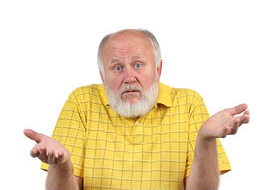 I go all over the place speaking about contemporary music several times each month and my talking points are generally optimistic.  I would even say that they’re overwhelmingly optimistic, Pollyanna-ish even.

But I’ve been a composer and contemporary music advocate now for many many years and I do have to ask, are we getting anywhere?  There’s no doubt that there are more groups than ever before performing contemporary music and I do feel personally that getting Relevant Tones on largely conservative classical music radio stations around the country was no small feat.

But, in spite of this, I would say that we still have a long ways to go. Of course if you’re going to ask if you’re getting anywhere you should really know what the goal is.  For me at least the goal is that everyone in the country has a sense that classical music is an ongoing art form, that you could tell folks you’re a composer and they’d have some sense of what you do.

There’s so much creativity happening in contemporary music around the world, it’s really astounding and I feel very fortunate to have a front row seat for much of it.  But I feel strongly that it’s not enough for us to make great art, we also have to advocate for our art.  The vast majority of contemporary music concerts that I go to are attended almost solely by other composers and new music performers and this is something that I would dearly like to change.

Everyone understands that there are people still writing novels, still painting, creating dance works, etc.  But I think that it’s different when it comes to contemporary music. Composers, like visual artists, mostly want to  be recognized by their peers and succeed within the parameters of their world but for them if their work is accepted into a major museum, well, major museums are attended by the general public and we just don’t have an equivalent.

It’s a major achievement for a composer to start getting important commissions and to get performances of her music around the world.  I would just argue that it’s an even bigger achievement to get major commissions and performances that are attended by a wider cross section of the public.  So, we’re making progress in terms of more and more ensembles interested in playing contemporary music and that’s wonderful.  Now we just have to take the next step and educate the general public.