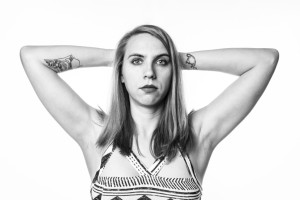 I had no idea what I was stumbling into when, on New Year’s Day 2016, I posted a hastily written, ill-advised blog entry denigrating sopranos. It was shared on Facebook, quickly went viral and enraged so many people that I publicly apologized and took down the post.

I’m not generally a controversial person, so to have all of this happen before I had even recovered from the previous night’s festivities was deeply unsettling.

The outcry, though, was an appropriate response to an article that was badly misinformed, poorly written and which repeated many hurtful stereotypes about classical singers, sopranos in particular. Worse, the article raised many points that merit discussion but which were overshadowed by my tone-deaf handling of the subject.

For anyone who, like me, grew up listening exclusively to pop music, the sound of classical singing can be strange, even off-putting. It takes getting used to, and even within classical music circles, vocal music is kind of its own thing.

In my teens, when I became wildly interested in classical music, I listened almost exclusively to symphonic and chamber music; no one recommended vocal music to me. When I got to music school a few years later, the vocal music department was practically a separate entity from the rest of the school and somehow I never stopped to think how strange this was.

But, turns out it’s not strange at all. According to the writer Matthew Lasar, “One of the problems with much classical music education is that it omits or glosses over vocal classical content.” Which spills over into public life as well, as Lasar relates: “Back when I worked at a New York City record store in the 1970s, I often helped newbies taking their first classical music appreciation course find appropriate albums. They displayed something close to an allergy to vocal music.”

Classical music radio has picked up these prejudices as well. KDFC in San Francisco came under fire in 2012 for airing classical vocal repertoire either exclusively in off-hours or—and this next bit is especially wild—with the vocal parts replaced with cellos or violins. It turns out that this practice has been widespread in radio and has created a self-fulfilling prophecy in which listeners now bristle at the mere thought of vocal music.

Lasar writes, “this situation is so strange and contrived. Every other format on the FM dial is about vocal music: rock, folk, country, jazz, hip-hop. Only classical radio suppresses this most human aspect of the musical experience during the hours when most people listen to radio.”

Classical radio programmers may well respond that the sound is unpopular, but this is clearly a problem classical music created for itself. So, allow me to ask the dumb question we’re all thinking: Why is classical singing so different from pop singing?

According to Kayleigh Butcher, a mezzo-soprano who specializes in contemporary music, classical singers have a different sound largely because they’re trained to sing without amplification.

This means they need a specific technique for breath placement and pressure in order for the sound to carry and be even throughout the range and project to the back of any hall, and—most importantly—so that the singer doesn’t hurt herself as so many pop singers have done.

For a pop singer, being amplified itself can lead to injuries because there is less emphasis on a technique that aims to protect the voice; and in fact it’s often the flaws in the voice that provide the distinctive sound, with some singers even intentionally roughing up their voices by smoking cigarettes, drinking whiskey or gargling Drano to “improve” their sound.

As for Butcher, in addition to being a great singer with a healthy interest in contemporary music, she’s also an imaginative concert producer and is collaborating with pianist Christopher Narloch at Constellation on November 19: “The Schönberg Project,” a performance of Arnold Schönberg’s rarely heard early twentieth-century vocal work, “The Book of the Hanging Gardens,” alongside newly commissioned pieces inspired by it.

“The Book of the Hanging Gardens” is a song setting of expressionistic poems by Stefan George, and is the classic tale of boy meets girl in a garden, girl symbolizes garden, girl leaves garden and garden disintegrates. Schönberg was looking for a new musical vocabulary, and found it in an atonal harmonic language which was shocking at the time, but which most composers have since abandoned.

Which presents an interesting challenge for the fifteen composers commissioned to write one-minute movements related in some way to each of the fifteen poems set by Schönberg. Composers, like all creative types, are constantly hoping to forge new ground and, though the general public may not know it, atonal writing has been passé for some time.

“I think it will be eye-opening for some people who still think Schönberg is contemporary and really experimental,” says Butcher, “to have it juxtaposed with actual contemporary classical music inspired by this (what I deem) older contemporary tradition. The new commissions, written this year, are significantly more unusual and shocking. I like the idea of blowing people’s minds with how far composers have come since the early twentieth century and programming them right next to each other.”

As she says, this concert isn’t for the casual listener. If you think that straightforward classical vocal music like Renee Fleming singing Schubert sounds weird after listening to Rihanna, then this will be downright bizarre. But when you remember what the intention of the composer is, the text that is being set and the demands made of the singer, it’s a fascinating experience to hear it sung live in an intimate venue like Constellation.

As for me, I’ve learned that writing off the entire canon of classical vocal music because of a bad experience with one singer (Kathleen Battle singing spirituals) is just asinine. As Chevy Chase’s character says in “Spies Like Us”: “We mock what we don’t understand.”

Taking the time to better understand classical vocal music has been deeply rewarding and I’m excited to check out the Schönberg Project. On a separate note, I’m also truly thrilled that I don’t have to watch “Spies Like Us” again any time soon.