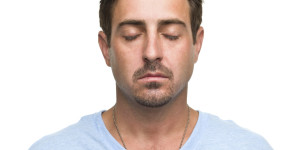 I was recently at a concert that opened with a famous piece by Steve Reich and, as the music began, I looked around at the audience who were clearly not new to Reich’s music because they all immediately began to adopt what I call the Steve Reich face.  You relax your facial muscles, you close your eyes and you think happy thoughts while you meditate to the music.

At the risk of alienating myself from nearly the entire human race let me just say that I don’t particularly like Steve Reich’s music but I think this has more to do with me than with the music. You see, I don’t particularly like meditating. I’m also not really into repeating cells, looping, phasing, development through minor permutations or happy thoughts in general.

I much prefer music that engages intellectually or emotionally rather than the austere sound of repetitive minimalism.  Since Reich’s music is currently literally everywhere though I have to find something to do for the at least 20 minutes if not more like an hour, that the piece lasts.

The good news is since everyone has their eyes closed, like at church, I can take my phone out. Again though, it’s not Reich, it’s me.  Also, Music for 18 is a masterpiece, I know this, I just think I’ve heard it enough times to last me.