Murakami and the Woes of Popularity 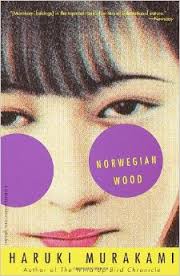 Chances are if you’re a person who likes to read fiction you’ve read something by Haruki Murakami.  A few years back his book the Windup Bird Chronicles was the most frequently spied book on the subway, before it was taken down by the Girl with the Dragon Tattoo and then Game of Thrones which is still the book I see most often.

I’m writing about this because popularity in art is a very interesting subject.  I’ve had frustrating debates with friends in which I recommend Game of Thrones or Murakami and they say “I’ll never read that, it’s too popular!”   This implies that being popular is always being populist.  That if a book or song becomes too popular it must have been because of a populist intention on the part of the author and therefore he or she has sold out and is now useless.

I had the same disconnect when Modest Mouse came out with their Good News for People Who Love Bad News album and everyone who previously loved the band universally proclaimed them sell-outs and heaped scorn upon them.  But I loved that album and thought it was the next logical step in their trajectory.  Of course they’re going to hire better producers when they can afford to do so and just because the album sounds slick does not necessarily make it bad.

I will admit that it’s weird that frat boys embraced that album and of course that’s the other side of this issue.  If something is so popular that a group of people not only outside of your peer group, but radically different in outlook, behavior and opinions on which way the visor of a cap should be turned, embrace the same art that you love well, you have no choice but to dump it and find something new to love.

As Fred Armisen would say in Portlandia, it’s over.

I get that, I really do. I’m sure there are thousands of people reading Game of Thrones who I would not like personally and I’m also deeply convinced that they’re missing the subtle nuances of the books in favor of the surface details of sex and violence.  But are they?  Isn’t that just my ego assuming that no one but me or people I deem to be like me, can truly understand the art?

Yes it sucks when you walk into a bar and there’s a meathead rocking out to a song that you love.  I hate that feeling too but we have to be on guard, maybe you have more in common with the meathead than you think.   But then again maybe that song is just over.