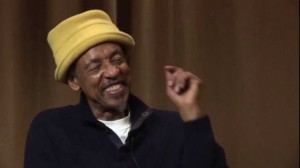 French artist and curator Jean Dubuffet coined a term he called art brut, which he defined as “works produced by persons unscathed by artistic culture, where mimicry plays little or no part. These artists derive everything from their own depths and not from the conventions of classical or fashionable art.”

In art brut the expressive content was more important than a glossy finished product; practitioners of art brut walked to the beat of their own drum and never gave a thought as to how their artistic vision fit into larger trends. Art brut would later become known as outsider art, a movement to which Chicago has contributed plenty.

I thought about all of this last month when Henry Threadgill became the first native Chicagoan to win the Pulitzer Prize for music. To me, Threadgill is sort of the ultimate musical equivalent of an outsider artist. Over the last fifty years or so he has built an incredible legacy of uncompromising recordings and compositions that reveal a singular musical vision and he certainly wasn’t thinking about musical trends.

It’s a bit of a surprise, albeit a welcome one, that Threadgill won the Pulitzer; but it’s no surprise that Chicago is home to so many outsider artists and musicians.

And really, reading the definition of outsider art, what other kind of artist would you want to be?