The Joy of Banging 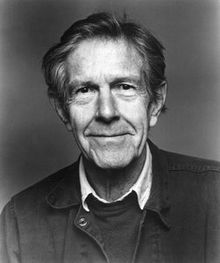 I had a composer on Relevant Tones not too long ago, near the hundredth anniversary of the birth of John Cage and in response to the first question I asked him about his music he replied, “I’m really interested in banging.”  Somehow I managed not to laugh and got through the interview and his music did bear him out on this, meaning there was lots of banging…  Later Jesse and the interns and I would joke that the Relevant Tones sign-off could be, “thanks for listening and keep on banging.”

But one interesting thing that came out of the show was that I was reading John Cage’s wikipedia page which I had never read before and there were several things that struck me. I knew he had studied with Schoenberg of course and knew they had something of a strained, one-sided relationship, but I had not heard this anecdote before from Cage’s lecture indeterminacy.

“‘After I had been studying with him for two years, Schoenberg said, ‘In order to write music, you must have a feeling for harmony.’ I explained to him that I had no feeling for harmony. He then said that I would always encounter an obstacle, that it would be as though I came to a wall through which I could not pass. I said, ‘In that case I will devote my life to beating my head against that wall.'”

I really love that.  We think of Cage as the radical and of course in the traditional sense he did not necessarily have the most refined compositional chops but he always worked hard, he took his craft seriously, even though of course he often displayed a wonderful sense of humor, and even in his later years he composed four hours a day religiously, mainly out of a sense of keeping his early promise to Schoenberg.  He could have given up on music after hearing those words from a man he idolized but he didn’t and I think the world is better off for it.

Thanks for listening and keep on banging.  Or, in Cage’s case, beating.