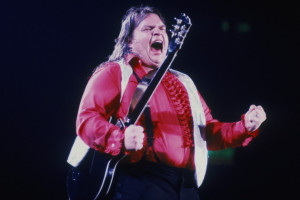 When you think about it, it’s truly astounding how much bad art must exist in the world.  Every artist that has ever existed has had to wade through some lesser iterations before getting to the handful of masterpieces that often define their career, and if the best artists made some bad art well then the rest of us must be making a lot of bad art. Times that by the bajillions of people making art that have existed since the beginning of art and that’s a lot of bad art.

Let’s just focus on music though.  What happens to all of the bad music? Does there exist somewhere a form of hell in which the penitent is forced to listen to the millions of bad pieces that have been written over the years?  In what form will these bad pieces exist?  Will they be badly played by a bad ensemble or expertly played by a fine ensemble who suffered the misfortune to wind up in this hell and is now forced to play bad music nightly? A kind of double punishment.

Does every masterpiece always require dozens or more failed attempts?  What about a one-hit wonder in the rock world like My Sharona?  Did the Knack write a dozen lesser versions before hitting upon the right one?  Is there a parallel universe in which the lesser ones are good art?  Is My Sharona good art?

Perhaps there’s a double universe structure where one is the repository for bad art, art that only exists as a trial run for the later masterpiece that then exists in the second universe.  Of course both versions exist in our universe but in the bad art universe Picasso would presumably be ridiculed.  Unless of course the bad art universe contains no sentient beings and is only a repository for bad art, a kind of transcendental storage house.  Also, perhaps the art that exists in our universe, both bad and good, exist merely as imperfect Platonian copies of the art in the other universes.

Then if good and bad art exist in parallel universes, are artists creating the art that is in them or do the artists have different attunements and are merely pulling pre-existing art from one or the other of the universes?  Some are attuned primarily to the  bad art universe like Meatloaf or Wagner’s illegitimate son Gerhardt  and others are primarily attuned to the good art universe like Radiohead or Wagner’s great great grandson Erich.

Obviously the human race can never know the answer to such deep questions but perhaps there will one day exist an app that allows us to only tune into the good art universe.  Until that day though we’ll just have to muddle through.